The China Beat Closes Its Doors 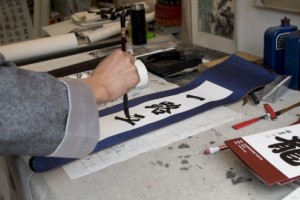 Some blogs come and some blogs go, so what are you going to do about it, that’s what I’d like to know…

For the past four years, the China Beat, a blog out of UC Irvine, posted some of the most eclectic, insightful and best written posts on China.  Subtitled, “How the East is Read” and run by a group of Chinese historians, the blog covered a wide array of issues in a fun and engaging way, making China accessible to everyone.  But more than just the quality of its posts, the China Beat also afforded a platform for different voices in the field:  young students of Chinese studies, non-scholar observers of China, and women.

For much of the China Beat’s history, two women have been important members of the four person team  that ran the site: Kate Merkel-Hess and Maura Cunningham.  Does gender matter?  I think it does.  Each of us has a perspective through which we view this world and our experiences in life is what determines that perspective; gender plays a part in creating that perspective.  I’m making no normative assessments of these perspectives, just acknowledge that gender can at times offer a different viewpoint.

In the Western-based China world, women’s voices are often not at the forefront.  A review of my book shelf has just two China books written by women (Susan Shirk and Elizabeth Economy); my Google Reader lists blogs written by men (aside from Flora Sapio’s Forgotten Archipeligos); and most of the major journalists who regularly cover China are men (exceptions being Lousia Lim of NPR, Sharon LaFraniere of NY Times and Melissa Chan formerly of Al Jazeera).

So it was refreshing to have a blog that was 50% female-run, with high-quality women who offered amazing scholarship.

Regardless of the gender make up of the China Beat blog team, the fact that such an amazing blog is shutting down is a travesty in and of itself. 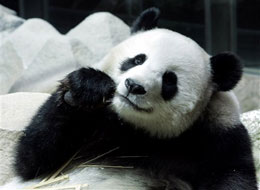 As with many blogs, the China Beat editors were finding it increasingly difficult to balance blogging with their paid jobs and ultimately it was the blog that had to go.  As much as we all try, you cannot make a living on China blogging  and some other job must pay the bills.  But with all the efforts to improve Americans’ understanding of China such as the State Department’s 100,000 Strong Initiative, blogs like the China Beat, which helped to illuminate the mysteries of China to the average American, has to close its doors.  It’s a pity that there are no grants out there to support the work of the China Beat which lessened the distance between the American people, especially the vast majority who will likely never visit China, and the Chinese.

With the China Beat closing its doors, its left to other blogs to try to pick up the mantel of honest, interesting and smart blog posts.  While China Law & Policy will try, most likely no one will be able to replace the China Beat.

2 Responses to “The China Beat Closes Its Doors”