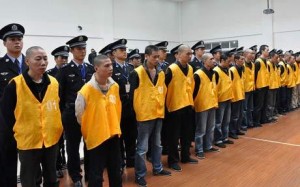 Last week, the Supreme People’s Court (SPC), had the opportunity to test these new exclusionary rules and, as China’s highest court, show by example that these regulations were passed to have some bite. But instead, on Sunday, September 26, 2010, the SPC chose to ignore its mandate and Fan Qihang was executed.

Fan Qihang’s trial was one of the many from the Chongqing mafia crackdown. The city of Chongqing has long had a problem with organized crime; with many officials, judges and police on the take, the city was an Al Capone dream. But in 2007, Chongqing’s own Elliot Ness arrived in the form of Bo Xilai. As Chongqing’s Chinese Communist Party boss, Bo led a swift campaign to wipe out the local mafia, and by the end of November, 2009, over 800 arrests were issued and over 300 people prosecuted. And Bo meant business. No one was spared; even high officials and successful business men were prosecuted and sentenced to long prison terms and even death.

Fan Qihang was one of the defendants who received the latter. A Chongqing construction mogul, Fan was accused of running a crime syndicate and of arranging for the murder of Li Minghang, member of a warring gang. On February 2, 2010, Fan was convicted and sentenced to death, over the objections of his lawyer who maintained that Fan’s confession was obtained through torture.

Fan’s appeals fell on deaf ears and in a last ditch effort to save his client’s life, Zhu released videos of his client made during his meetings with him while awaiting trial. In the video, Fan details the torture and shows to the camera fresh wounds of where he was shackled and hung from the iron bars in his holding cell for days on end. In anguish, Fan tried to kill himself twice – once biting off the tip of his tongue and the other repeatedly banging his head against the wall. Medical reports back up these suicide attempts. (see Ng Tze-wei, “Lawyer reveals grim details of client’s torture,” South China Moring Post, July 29, 2010).

With this mounting concrete evidence of a confession obtained through torture, Fan’s case offered the perfect opportunity for the SPC to show the strength of China’s new exclusionary rules, reverse Fan’s conviction and order a new trial without the use of Fan’s confession. Such a decision would also be a radical signal to China’s criminal justice system that the high court was not going to stand for such blatant violations of the new regulations.
But that’s not what happened. Instead by affirming Fan’s death sentence, the SPC let it be known that even with the new exclusionary rules on the books, it will still be business as usual. Confessions should be obtained at all costs, even at the cost of justice.

But before we criticize China too much, it’s important that we look at ourselves. Fan’s execution comes on the heels of the controversial execution in Virginia of Teresa Lewis. Lewis, along with two other men, was convicted of the killing of her husband and step-son in order to obtain her husband’s life insurance payments. But unlike most who receive the death penalty in the United States, Lewis never pulled the trigger. Instead, the man Lewis was having an affair with, Matthew Shallenberger, and another cohort, did the shooting; in on the plan, Lewis left the doors to the house unlocked so that the two men wouldn’t have difficulty getting in.

Although Shallenberger and the other shooter were both given life imprisonment, Lewis was given death with the judge stating that Lewis was the mastermind of the scheme and by far more culpable than either of the other two. Borderline mentally retarded with an I.Q. of around 71 (Shallenberger’s IQ ranges around 113 and he was diagnosed with a manipulative personality disorder), Lewis’ execution last Thursday was heavily criticized both in the U.S. and abroad as a gross violation of justice and due process.

To be sure, China executes thousands more people than the U.S. (to date this year, the U.S. has executed 39 people) and its violations of due process, fairness and justice are much more egregious than what is seen here. But these two executions – Lewis and Fan’s – falling back to back makes one wonder, by maintaining a death penalty how much of a cover does the U.S. offer China? And why do we want to?