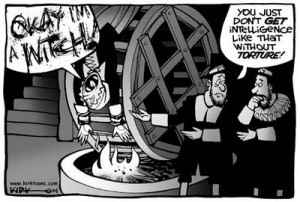 In our June 2, 2010 post – “A Paper Tiger?” – we discussed China’s newly adopted “Regulations on the Exclusion of Illegally Obtained Evidence in Criminal Cases.” At that time, the Regulations were not publicly available and we based our analysis on a summary of the regulations published in the state-run media by Prof. Fan Chongyi, a noted criminal procedure expert at the China University of Politics and Law.

Last week, the Chinese government finally publicly issued the “Regulations on the Exclusion of Illegally Obtained Evidence in Criminal Cases” (English translation courtesy of DuiHua Foundation; Chinese version here).  These Regulations do not portray the sophistication found in Prof. Fan’s analysis, showing that perhaps Chinese legal academia is more progressive and more committed to legal reform than the Chinese government.  This shouldn’t be surprising.  In order for these Regulations to really have an impact, it was necessary to bring on board China’s Ministry of Public Security (MPS) and Ministry of State Security (MSS), two police bodies that, as in most cultures, are inherently conservative and do not like their investigative powers reined in by the law.  While the Regulations are a step forward, it is a bit disappointing that they do not go as far as we had originally hoped.

In addition to some of the issues noted in our previous post, the Regulations raise some of the following issues:

But Article 6 and 7 provide no standards for the evidence.  For the defense, Article  6 requires that some “leads” or “evidence” be provided to the court.  While the Article 6 offers some examples of what the leads or evidence could be, does the defense have to provide all of those examples?  If so, how would a defendant know the names of his interrogators?  There isn’t necessarily a polite introduction aspect to an interrogation. Will a defendant, after a few rounds of torture, even remember the time and the place of the torture?  Likely the few pieces of evidence a defendant would be able to offer is the manner and content of the torture.  But it is unclear if just those two pieces of evidence would be sufficient for the court to switch the burden of proof to the prosecutor.

If the court does happen to order a shift in the burden of proof, Article 7 is similarly silent on the sufficiency of 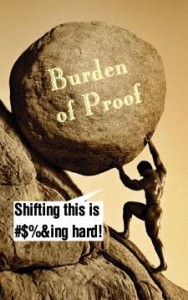 evidence a prosecutor needs to provide to show that the confession was gained legally.  In fact, Article 7 is even less clear on what that evidence should be offered and provides little guidance as to what a judge should consider and the weight of any evidence.  Would a court find a signed statement from one of the interrogators stating that there was no torture enough evidence?  Article 7 does state that audio and video recordings could be sufficient, but does not mandate this type of evidence.  If Article 7 had mandated that the prosecutor provide video or audio evidence of the interrogation, then the Regulations would be a huge step forward in preventing torture during an interrogation.  Perhaps in practice courts will de facto require such evidence, giving more bite to the Regulations.  But nothing in the Regulations themselves currently mandate video or audio evidence. 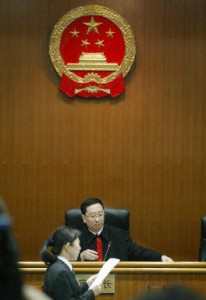 The “Regulations on the Exclusion of Illegally Obtained Evidence in Criminal Cases” were drafted in order to better implement the Chinese Criminal Law’s prohibition against torture of suspects.  But ironically, the Regulations themselves are relatively vague and their strength will only be determined through their implementation.  If defense counsel does not raise the issue of an illegally-obtained confession (with CL Article 306 defense counsel has the incentive not to protest the confession as discussed in the previous post), or if the court does not give greater life to Articles 6, 7 and 12, then the Regulations will have little impact.  But given that there are some in the legal field that are working hard to provide for greater justice and rule of law in the Chinese criminal justice system, there is hope that perhaps something can happen with these Regulations.  A small hope, but hope nonetheless.