A Bit Too Much Pollyanna? Brookings’ Report on Legal Development in China 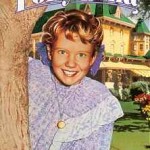 Many Western China observers were dismayed by this past summer’s arrests and harassment of Chinese public interest lawyers; for many, such a crackdown evidenced a step back in creating an independent legal system.  Cheng Li and Jordan Lee of the Brookings Institution offer a different interpretation.  In their recent work, “China’s Legal System,” Li and Lee maintain that while the arrest and detention of rights lawyers like Xu Zhiyong was certainly a disappointment, China’s recent progress with legal reform overshadows this past summer’s events.  But even though Li and Lee are correct to note some of the positive developments, especially with the growth of the legal profession in China, they perhaps put too much weight on these developments at the expense of recent obstacles.

Li and Lee offer four developments that they claim bode well for legal development in China: (1) an increasing body of law, with new laws being written and old ones amended; (2) the astronomical growth in the number of lawyers; (3) increasing economic autonomy and a greater sense of professionalism in the legal profession; and (4) the rapidly rising number of legally-trained government officials.

Li and Lee cite the huge number of laws that China currently has on the books (231 individual laws, 600 administrative regulations, 7,000 local rules and regulations, and a sizable number of departmental regulations), but only pay passing attention to China’s difficulty in implementing laws on the local level, arguably the most important aspect of a functioning legal system.  To be sure, drafting laws is the first step; but without meaningful and consistent implementation, the value of such a large body of law is questionable.

Additionally, Li and Lee look to the increased professionalization of the legal profession as a positive sign.  It is true 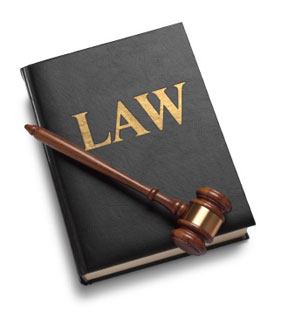 that the Chinese bar has become more professionalized and lawyers are no longer employees of the State as they were in the 1950s.  But Li and Lee make no mention of the fact that the All China Lawyers Association and local bar associations are government-controlled and answer to the Ministry of Justice (MOJ).  Prof. Jerome Cohen of NYU’s U.S.-Asia Law Institute has consistently commented on this lack of independence of the Chinese bar and has noted the role that the MOJ has played in influencing bar associations to punish rights lawyers that go a bit too far for the government’s taste.

Finally, Li and Lee are correct to note that there has been an increase in the number of legally trained government officials rising through the ranks.  Most officials in the current leadership have a science background, with very few with a background in law or even the social sciences.  In the next generation of officials, currently being groomed for powerful positions in the Party and the government, a majority have a background in the social sciences.  But only one, Li Keqing, has a background in law.  Thus, a shift toward leaders with legal training is not as apparent as Li and Lee contend.  Furthermore, such a shift is not reflected in the positions in the Chinese government that one would think necessitate legal training.  Hu Jintao’s recent appointments to the MOJ and the Central Party Political-Legal Committee (the committee responsible for all legal institutions) all lack legal training; instead, many have training in the police force providing for a more militant view of justice.  Even the new president of the Supreme People’s Court, Wang Shengjun, has no formal legal training.

China’s legal development has come a long way since the era of Mao, when law was merely a tool for class struggle and lawyers were often harshly persecuted.  But using the Cultural Revolution as a baseline will only impede China’s progress; arguably, everything is better now than it was during the Cultural Revolution.  China has made progress, but its progress should not be overstated and its limitations need to be noted in order to move forward.