The Future of Japanese-Chinese Relations under Japan’s New Government: An Expert Weighs In

Originally posted on The China Beat. 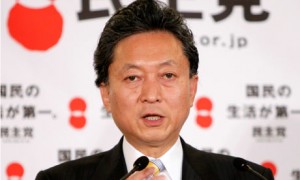 The United States was not the only country that voted for change this past year.  On August 30, 2009, after fifty-four years of essentially one-party rule, the Japanese people voted overwhelmingly to usher in a completely new government and a new way of thinking.  The Liberal Democratic Party (LDP), which ruled Japan since 1955, was completely rejected.  Obtaining only 119 out of 480 seats of the House of Representatives (the lower Diet), the LDP took a second seat to the younger and fresher Democratic Party of Japan (DPJ).  The DPJ won 308 seats in the House, ensuring that their leader, Yukio Hatoyama, would become Prime Minister.

The DPJ’s victory guarantees that much change will come to Japan.  Already in the first few weeks of Prime Minister Hatoyama’s tenure, he has called for the complete transformation of the traditional government-bureaucracy relationship, the need to rework Japan’s economic recovery plan, and has called for a review of U.S. troops in stationed in Japan.

But little has been made of the impact of Japan’s new government on its relation with its large and imposing neighbor to the west:  China.  Will the Hatoyama government seek to work with China or further alienate it China by continuing 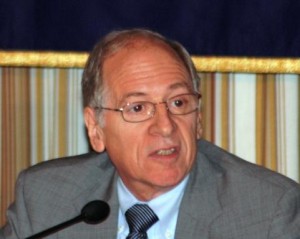 to glorify Japan’s World War II past?  Is Japan’s goal to look more inward to Asia at expense of its relationship with the U.S.?  To answer these questions, I spoke with Gerald Curtis, a Columbia University political science professor and preeminent expert on Japanese politics, government and society.   In analyzing the future of Japanese-Chinese relations, Prof. Curtis left me with another word that has been used frequently in recent elections:  hope.

EL: My first question is: how do you envision the China-Japanese relationship changing with the change of government in Japan?

GC: Well, I think it’s going to get better.  It’s already gotten better in the last few years, but it will get better.  One reason being Hatoyama’s view on the so-called history issue, on Japan’s responsibility for its behavior during the War and the years leading up to the War, is very heart felt and the Chinese will appreciate his view on the history issue.  Unlike some of the LDP leaders who apologized but didn’t really mean it, Hatoyama believes Japan was behaving very badly and will say so.  So I think that will be very good.  Also, he wants to see a stronger relationship with China.  He’s not going to go to the Yakasuni shrine which has been a source of difficulty.  He wants to create an alternative site in which foreign leaders can go, as well as Japanese leaders, to pay respects to all those who died in the War regardless of nationality.  He wants to encourage greater cooperation on issues like environmental, pollution control and so on, which the Chinese desperately need.  And I think he understands well that improving relations with China doesn’t come at the expense of relations with the U.S.  The U.S. wants to improve relations with China, so does Japan, but the U.S. and Japan together can do a lot in dealing with China and some of the problems it faces.  So I think the relationship is likely to get better.

EL: And another question is, in regards to his [Hatoyama’s] request to the [U.S.] military bases to close, my understanding is that Japan has been open to having a U.S. military presence in Asia in order to protect it against any problems with China or if China happens to invade Taiwan or become more bellicose toward Taiwan because that would adversely impact shipments to Japan.  What will Japan do, or does it no longer fear a military threat from China?

GC: Hatoyama has not suggested that the U.S. military presence in Japan should be abolished.  They think that some of, the extent of the presence in Okinawa is unsustainable, that there are simply too many bases in too many congested urban areas in Okinawa with no ostensible reason for there being there in terms of the threats that either Japan or the United States faces.  So they want to see some adjustments made but I think the government understands that this military alliance with Japan is critical for Japanese security and that to have a military alliance you have to provide some facilities but maybe not as much as currently exists.  So that is what the negotiation will be about.  It’s not about eliminating the U.S. military presence.

EL: And one more follow-up question.  Has Prime Minister Hatoyama made any direct overtures yet to the Chinese government, as far as you know?

GC: Yes, he met with Hu Jintao yesterday [Sept. 22, 2009] in New York and that was there first face to face and I believe he is going to visit Beijing in October for an extended discussion with the Chinese leadership.  But he has already taken the initial step with this bilateral here in New York City.

EL: One last question, one last question.  In regards to the ability, because there has been some issues, the Chinese-Japanese relationship has become more of a politically sensitive relationship in both countries, in China as well as in Japan, especially when the Japanese people saw the response of the Chinese people protesting against Japan.  Do you think that his [Hatoyama’s] making overtures with the Chinese will have a negative impact on his popularity in Japan?

GC: No, not at all.  Nobody wants a fight or a lot of tension with China.  I think his way he deals with China will be welcomed in Japan.  Hu Jintao in the meeting with Hatoyama yesterday was talking about the need for more cultural exchange and the need to educate both their publics about the importance of the relationship.  That came from the Chinese side, that’s really very important.  Neither country wants trouble with the other.  China doesn’t want trouble with anyone right now, they have to concentrate on their economic development, they don’t need any fights with neighbors and with Japan in particular.  So I think there’s the, sentiment is to try to move this relationship forward in a positive way.  I think they have a good shot at it.

EL: Ok.  Thank you very much, I very much appreciate it.