The United States is not the only country that will face a potential leadership change in 2012.  Under the Chinese Constitution, the President of the People’s Republic of China (“PRC”) is limited to two consecutive five-year terms, 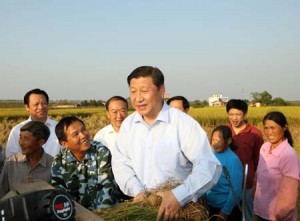 forcing the current Chinese president, Hu Jintao (pronounced Who Gin-Tao), to step down in 2012.  This past weekend saw a setback for his presumed successor, Xi Jinping (pronounced She Gin-Ping).

Unlike the U.S., a change in leadership in China is anything but apparent and requires the successor to simultaneously hold three positions:  General Secretary of the Chinese Communist Party (“CCP”); President of the PRC, and Chairman of the Central Military Commission.  Only by filling these three roles is the individual considered the paramount leader.  The person to fill these posts is hand-selected by the current CCP leadership, even for President of the PRC, which is arguably not a party position.  But in a country with one-party rule, the National People’s Congress of the PRC (“NPC”) merely confirms the successor chosen by the Party leadership.  Click here for an in-depth illustration of the Chinese government and party structure.

While the next leader of the PRC will be only the fifth since the PRC’s founding in 1949, the road to that position is fairly settled.  First is the presumed leader’s appointment to the CCP’s Politburo Standing Committee.  The Politburo Standing Committee, currently made up of nine members, is the highest-ranking decision making body of both the Party and the Chinese government.  Second is the individual’s “election” by the NPC to the position of vice-president of the PRC (again more a rubber stamp of the Party’s selection than an actual election).  Finally, the individual, usually three years prior to the change in leadership, is appointed to the vice-chairmanship of the Central Military Commission (CMC) by the CCP.  The CMC controls the People’s Liberation Army and while there is a Party CMC and a government CMC that is supposed to be independent from the Party CMC, the two are identical, with the same people filling the same positions in both CMCs.  Although nominally accountable to the NPC, in reality, the government CMC answers to the Party.

Xi Jinping, 56, just needed the final appointment of vice-chair of the CMC to be solidly on the road to paramount leader.  In 2007, he was appointed to the Politburo and 2008, elected vice-president.  But this past week, in a shock to most China-watchers, the CCP closed its annual meeting without designating a new vice-chair of the CMC.  Current President Hu was appointed to the vice-chairmanship of the CMC three years prior to his accession to top leader.  The same was true of his predecessor, Jiang Zemin.  Is China in the wake of a succession crisis?

Some argue no; that the pattern established by Mr. Xi’s predecessors is not set in stone; perhaps he will be appointed vice-chair of the CMC next year.  But what is causing this delay?

Many speculate that there is dissension amongst the top ranks of the Party as to who should be the paramount leader in 2012.  Underneath the veneer of uniformity and consensus that the Party maintains to the outside world, lies at least 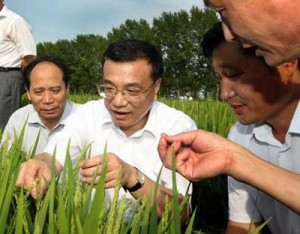 two factions that often wrestle for control.  Interestingly, Mr. Xi is not the chosen heir of President Hu Jintao.  Instead, President Hu’s protégé has been Li Keqiang (pronounced Lee Kah-Chiang), a mentee of his from when he headed up the Chinese Communist Youth League.  Mr. Li was appointed to the Politburo at the same time as Mr. Xi but was ranked lower in command of that body.  Then in 2008, when Mr. Xi was elected to the office of Vice President, Mr. Li was elected as Vice-Premier, signaling that Mr. Li would take over the premiership in 2012.

While Mr. Li is a member of President Hu’s faction of “Youth Leaguers,” Mr. Xi is a member of former President Jiang Zemin’s “Shanghai Clique.” As Cheng Li of the Brookings Institute points out, there is a big difference between the two factions.  The Youth Leaguers are more concerned about the growing inequities between the rich and poor in China and providing a better social safety net for those areas of China negatively impacted by its quick economic rise.  The Shanghai Clique on the other hand stresses economic development, high GDP, and continuing China’s integration into the world economy.  Currently, the CCP leadership is evenly split between the two factions.

Furthermore, since ascending to the vice-presidency, Mr. Xi has at times been outspoken of China’s foreign critics, contrary to the diplomatic image that President Hu works hard to portray.  While on a state visit to Mexico and before a crowd of overseas Chinese, Mr. Xi criticized China’s critics stating that “a few foreigners with full bellies who have nothing better to do than try to point fingers at our country.”

However, Mr. Xi has the support of the powerful Shanghai Clique and appears to, at least in the past, have had the support of President Hu and the Youth Leaguers since Mr. Xi was appointed to the Politburo and elected to the vice-presidency.  Mr. Xi’s appointment to vice-chair of the CMC has likely been postponed, affording the leadership time to work out fundamental issues pertaining to the direction of China is this current economic crisis.

While what happens in the inner workings of the Chinese Communist Party is anyone’s guess, most likely Mr. Xi will become paramount leader in 2012. 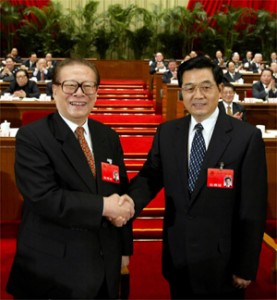