Where Have All the Flowers Gone? Still Time to Respond to China’s Draft Foreign NGO Law 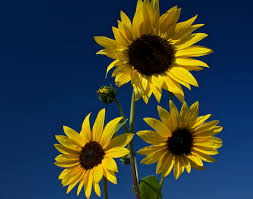 Less than a week is left for the public, including foreign entities, to submit comments on China’s draft Foreign NGO Management Law, a law that will completely alter the ability of foreign NGOs to work in China.  But it will be China’s own grassroots NGOs that will feel the blow of this law the most.  Many of China’s grassroots NGOs, in particular those that assist society’s most vulnerable, receive funding as well as capacity-building support, from these foreign NGOs.   (To read more about various provisions of the law and how exactly it will work, please click here).

Fortunately, New York University (“NYU”) has taken the lead in organizing a group U.S. universities to respond to the current draft law.  For universities interested in participating in that effort, the university’s general counsel’s office should email Danny Magida. [Email address removed since the comment period is over]

Other fields – the arts, bar associations, business associations, medical non-profits – should be taking a page from academia’s playbook and  submit joint comments.  If this law is passed as it is currently drafted, it will cover these fields as well and, because there is a limited number of Chinese partners that will be willing to work with a foreign NGO, could squash the ability of many of these non-profits to continue their work and exchanges with China.  That would ultimately hurt the Chinese people.  And the American people.  Average American’s understanding of China sometimes come from these changes, creating feelings which have largely been positive to U.S.-China relations.

Even businesses and corporate lawyers should be paying attention to this draft Foreign NGO Management Law.  Foreign businesses and corporate law firms are the few entities not covered by the current draft.  But foreign corporations doing business in China should be frightened by this law and its sister – the draft National Security Law.  Both are extremely vague – almost definitional-less – and overly-broad in the entities and conduct covered.  Both show the current power of the security apparatus in crafting China’s laws.  This type of legal drafting might currently be limited to civil society-like laws,  but it may reflect a larger mindset – that law should serve the Chinese Communist Party – that will inevitably be felt in the business world as well, if it hasn’t already.

Comments are open until June 4, 2015 and can be filed through the China’s National People’s Congress’ website here.