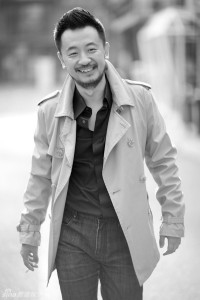 Unfortunately, it took the detention of a famous male actor for the Chinese media to criticize an unlawful detention system that has long been used against low-income female sex workers. Last month, actor Huang Haibo (pronounced Hwang Hi-bwo), affectionately known as China’s clean-cut “son-in-law,” was detained after he was found with a prostitute in his upscale Beijing hotel room.

Prostitution is illegal under China’s criminal law (Crim. L. Arts. 358-59), but neither Huang nor the sex worker was formally arrested. Neither was charged with a crime. Neither ever saw the inside of a courtroom. But both received a six-month sentence under China’s “Custody and Education” (“C&E”), another punishment in China’s myriad administrative detention system where the police serve as prosecutor, judge and jury. Under C&E, the police can unilaterally detain sex workers and their clients for anywhere from six months to two years.

C&E continues even though last November, the Chinese government herald its abolishment of another administrative detention punishment: the notorious “Re-education Through Labor” (“RTL”). Now, with the detention of one of China’s most famous actors, the spotlight is on C&E. China’s media, including the state-run media, is calling for its abolishment. But will C&E go to the same way as RTL?

It’s not surprising that C&E, formally in existence since 1991, has not garnered much press prior to the detention of Huang Haibo. It is a punishment that is reserved exclusively for sex workers and their clients and according to Asia Catalyst‘s seminal report on the topic, the punishment has largely fallen upon lower-income women who often have no other career options, not your usual feel-good story that mainstream media prefers.

But the Beijing police diverged from the usual pattern when, on May 15, 2014, it went after Huang Haibo and presumably a high-end 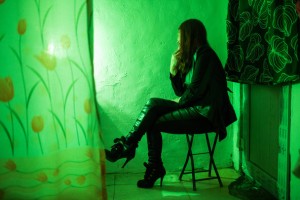 prostitute. Immediately following the May 15 detention, the Beijing police – through their Weibo account (China’s version of Twitter) – alerted the world to Huang’s detention. At first, the police gave Huang and his cohort a lighter sentence of 15 days administrative detention under the more generic Public Security Administrative Punishment Law. But on May 30, 2014, the Beijing police unilaterally decided to continue Huang’s detention, sentencing him and his cohort to six months in C&E which falls under the regulation entitled Measures for the Management of C&E Centers (“C&E Management Measures”).

It was that six-month sentence – a much more serious deprivation of liberty than the prior 15 days – that caused popular uproar with various editorials questioning C&E’s legal status. But even prior to the Huang Haibo incident, back in early May, many China human rights lawyers, including Pu Zhiqiang (pronounced Poo Zhir-chee-ang), recently arrested for “creating disturbances and illegally obtaining personal information,” signed a petition calling for C&E’s abolishment stating that under Chinese law, C&E is illegal.

Recent editorials, including an interview with the director of the Criminal Legal Affairs Committee of the All-China Lawyers’ Association, Tian Wenchang (pronounced Tee-an When-chang), have echoed the arguments found in that May petition which received scant attention at the time. Almost every editorial notes the non-transparent nature of C&E. There is no impartial judge that the individual can appeal to; there is no lawyer. Instead, under the C&E Management Measures, the police have complete power to determine if C&E is appropriate and the length of the sentence. While there is an appeal mechanism, the first step is to ask the police to reconsider the sentence (Art. 20). Only after that reconsideration can the individual seek to bring a lawsuit against the state. But without a lawyer, that rarely happens. 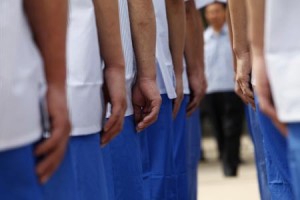 Similar factors – the unilateral decisions of the police and absolutely no judicial oversight – pushed the public to call for RTL’s abolition.  But those due process violations alone were not enough to overturn RTL. Also instrumental was the fact that RTL was not based in law. According to the China’s Legislation Law, the law that sets the basic ground rules on how all other laws and regulations are to be written, “[o]nly national law may be enacted in respect of matters relating to. . . (v) . . . compulsory measures and penalties involving restrictions of personal freedom. . . .” (Art. 8). Thus, only the National People’s Congress (“NPC”) or the NPC’s Standing Committee is entitled to make “national law.” And any attempted to deprive an individual of his or her liberty must be based on laws passed by the NPC or its Standing Committee.

In the case of RTL, the three sets of rules that governed the system – the 1957 Decision, the 1979 Supplemental Decision and the 1982 Trial Rules – were instituted by the State Council and the Ministry of Public Security, not by the NPC or its Standing Committee. As a result, RTL was in violation of legal procedure. Making its abolishment legally necessary.

Similar arguments are being made in regards with to C&E.   C&E was first established by the 1991 Measure on the C&E of Prostitutes & Their Clients which was in fact passed by the NPC’s Standing Committee. In that document, the Standing Committee delegated to the State Council the right to draft the C&E Management Measures, the measures which deal with the deprivation of individuals’ liberty. But again, the China’s Legislation Law, this time Article 9, clearly does not permit the NPC or its Standing Committee to delegate the right to draft regulations pertaining to the deprivation of liberty. As a result, the State Council’s 1993 C&E Management Measures are without legal effect, making the whole C&E system in violation of the law.

Will C&E Go the Way of RTL?

There are certainly strong if not convincing legal claims for C&E’s abolition. But one thing to factor in is the amount of money which the 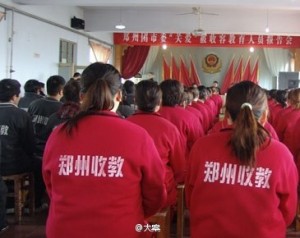 Cha-ching! Women in a Custody & Education Center (Photo from Weibo)

public security bureaus (“PSB”) make off of C&E as highlighted in the Asia Catalyst report. Under C&E, detainees are required to work and although the Management Measures imply that the detainees be paid (Art. 13), they very rarely are. Instead, the income goes to the local PSB’s coffers.

Another source of income: the detainees themselves. Ironically, the Management Measures require that the detainees completely cover the costs of their own detention (Art. 14); RTL did not contain such a provision. As the Asia Catalyst report documents, these costs are substantial and likely inflated – six months in a C&E costs an individual between 5,000 to 10,000 yuan (US $820 to $1,639). Also inflated are the costs of goods. According to the Asia Catalyst interviewees, goods are several times more expensive than on the outside.

With the free labor and the ability to charge detainees for their custody, C&E centers are an important profit center to local PSBs. It’s the local PSB’s profit-motive that will make abolishing C&E more of a challenge. As the Asia Catalyst report points out, local PSBs did not fare so well when China became a market economy and have had to find ways to support themselves. One way is through C&E centers. 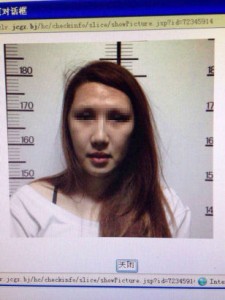 Allegedly the woman found with Huang Haibo – a Chinese “any one”?

And on some level, the Chinese government and local PSBs have to recognize that sex workers and their clients do not garner the same level of societal sympathy as those who were getting caught up in RTL. Tang Hui (pronounced Tang Hway), a mother of an 11 year old girl who was raped and sold into prostitution, became the poster-child for the dangers of RTL. After her daughter’s rapists, kidnappers and pimps were given a slight slap on the wrist, Tang protested. But that protest is what landed her in an RTL camp. When she got out, she sued, receiving a tremendous amount of public support and highlighting the dangers of RTL. Similarly, in 2003, when China abolished Custody & Repatriation, another form of administrative detention, the public was aghast that an innocent college student, Sun Zhigang (pronounced Son Zher-gang) could get caught up in such a system and end up dead in police custody. 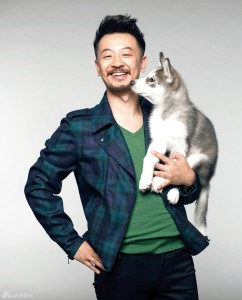 Will public attention to C&E pass once Huang Haibo is freed?

college student. Anyone could have been entrapped by such an unjust system. But here, with C&E, the individuals involved are sex workers, and lower-income, less-educated sex workers. Although C&E has the same abuses as RTL, most Chinese do not fear that they will find themselves entangled in the C&E system. There is a high likelihood that the public spotlight that is currently on C&E will fade once Huang Haibo is freed.

system. Supposedly the Chinese Communist Party was intent on repealing RTL because it is an obvious roadblock to its ability to ratify the UN’s Convention on Civil and Political Rights, a treaty which forbids the deprivation of liberty without due process of law and court oversight. But C&E – now that it has been exposed more publicly as a result of the Huang Haibo incident – needs to be abolished before China can ratify that treaty.