Public Comments on Draft Legislation – A First for China?

Last Monday, ChinaGeek’s had an interesting post on the draft revisions to the Chinese Criminal Procedure Law (“CPL”).  But what really caught my eye in the post was this quick statement: “proposed revisions to China’s criminal law code are currently making the rounds for public comment, as is customary prior to the revisions being ultimately approved (or not).”  Is public comment on proposed revisions to any law in China, let alone a law as sensitive as the CPL, really the custom?

Public comments on draft laws and regulations are the norm in the U.S.  For state and federal laws, the public communicates their thoughts through the usual democratic channels – calling and writing letters to their senator/congressperson; for those with better, more organized means, they can of course lobby.  Even for regulations issued by government agencies, a public comment period is required by the Administrative Procedure Act (APA); usually comments are open for at least 30 days.

But China is not a democracy like the United States and the Chinese people have little means of direct communication with their government.  So a public comment period for the current draft revisions to the CPL is no ordinary affair.  In fact, when the CPL was last revised in 1996, the public was pretty much kept out of the loop; even criminal defense lawyers had little ability to comment (lawyers’ comments were filtered through the Ministry of Justice).  Instead, the 1996 CPL was initially drafted by Chinese criminal law professors, with significant comments from some National People’s Congress (NPC) representatives, the Ministry of Public Security (MPS), the Supreme People’s Procuratorate (SPP) and the Supreme People’s Court (SPC).  (See Sida Liu & Terence C. Halliday, Recursivity in Legal Change: Lawyers and Reforms of China’s Criminal Procedure Law, 34 Law & Soc. Inquiry 911, 927-28 (2009)). 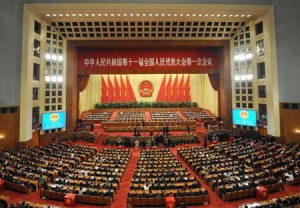 A Meeting of the National People's Congress

But this time around, the Chinese government has been very open about the 2011 draft revisions to the CPL.  On August 30, 2011, the NPC officially released the draft CPL and invited the public to comment.  Comments can either be sent via snail mail or can be posted through the internet.  While it is true that one has to “register” in order to post a comment via the internet, thus risking anonymity, presumably a comment can be mailed in without a return address.  Similar to comment periods in the U.S., the NPC will be accepting comments for 30 days.  According to a Chinese law professor colleague of mine, every major newspaper in the country published an article about the draft revision to the CPL with information on how to submit comments.

Similarly, in June 2011, the NPC also welcomed public comments on a draft (and new) Mental Health Law.  My Chinese law professor colleague believed these were the first major laws where public comment was officially allowed.

So what does this all mean?  Is China becoming a bastion of democracy, giving greater voice to its people?  On some level, yes.  The people have a means by which to communicate their feelings on legislation that will ultimately govern their lives.

But the bigger question is, will it make a difference?  First, for such an exciting experiment, namely commenting on the draft legislation through the internet, the number of comments posted 11 days into the comment period is fairly low.  As of Monday, September 12, 2011, only a little over 50,500 comments have been submitted online.  In a country of 1.3 billion people, that is a drop in the bucket.

But secondly, and this is more a problem with comment periods in general, can any one individual comment, no matter how erudite, make a difference?  Even in the U.S., where lawmakers are more responsive to their individual constituents, a lawmaker usually only listens to comments when many of its constituents call at the same time, voicing the same opinion.  I have received many emails from my more politically active friends to call my senator and express a certain complaint.  Presumably, China would be no different.  Unless a concerned Chinese citizen organizes his or her friends, classmates or colleagues to comment on the same issue, the NPC is not going to pay as much attention to a lone, individual comment.  And that is where the effectiveness of the comment period in China and the U.S. diverge: in the U.S., there is no risk in attempting to organize a group to comment to lawmakers; in China, that is a different prospect (although again, the influence of professional lobbies makes one wonder if even people power in the U.S. really makes a difference). 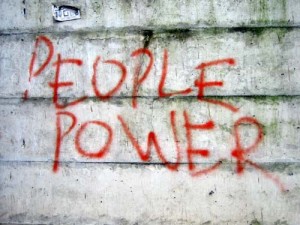 Ultimately, this public comment period is an interesting development that should not be ignored or taken for granted.  While the ability for individuals to influence lawmakers through a comment period is questionable, it still provides the Chinese people with an institutional voice.  It also provides the Chinese people with a means that perhaps in the future may grow more effective and may be used to better establish the people’s control over its government.  At this stage, it is the potential of the comment period in the future, and the people’s taste of more of a role in their own governing, that is most exciting.

4 Responses to “Public Comments on Draft Legislation – A First for China?”