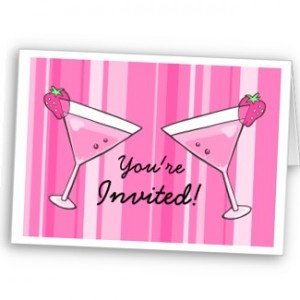 Who received the invitation to the Legal Experts Dialogue?

One would think that after a six-year hiatus, the resumption of the U.S.-China Legal Experts Dialogue would receive a little more fanfare than a cursory four-sentence press release from the Department of State (“DOS”), issued on June 6, a mere two days before the big event.

For the past two years, almost every high-level discussion between the U.S. and China has raised the issue of the Legal Experts Dialogue (“LED”), with the goal of resuming the talks (last held in 2005).  When President Obama visited China in November 2009, the two countries’ Joint Statement directly stated that “[t]he United States and China decided to convene the U.S.-China Legal Experts Dialogue at an early date.”  Ditto for the Joint Statement after President Hu’s visit to Washington, D.C. in January 2011.

It wasn’t until April 28, 2011, at the Human Rights Dialogue, that anyone provided somewhat more of a hard date.  At a press conference, Assistant Secretary of State Michael Posner announced that the U.S. and China finally agreed to convene the LED in “June 2011.”  This vague date was reiterated a few weeks later in the statement issued at the conclusion of the Strategic & Economic Dialogue.

So why the lame press release about the LED?  It’s been a priority item in the U.S.’s negotiations with China.  One would think that finally being able to achieve the goal of actually having the LED and especially of hosting it in the midst of the Chinese government’s crackdown on rights-defending lawyers, would be a feather in DOS’s cap; something that they would want the world to know about.

Why remain mum on who these “experts” are and what they will be discussing?  Instead, DOS only states that there will be “government and non-government experts” who will “explore key legal issues of mutual interest.”  Could DOS be more vague?

There are occasions when the U.S. might achieve more by pressuring China behind the scenes.  In the case of Xu Zhiyong in 2009, it looks like that approached worked.  But the LED is a completely different beast – the existence of the Dialogue has long been made public and given that there will be non-government experts, it does not appear that there will be high-level discussions here on par with Hu-Obama talks.  It sounds like it is one group of lawyers talking to another.  Given some of the issues that have sprung up in the past few months, including the assault on public interest lawyers, China’s indigenous innovation policy, various WTO cases, and the criminal trials of U.S. citizens, it would be interesting to know what is on the agenda.

But in general, I do not hold out hope that the LED will produce any earth-shattering results, if it produces results at all.  While DOS has stated that there will be “in-depth discussions and practical cooperation on the rule of law” (yeah, I don’t know what that means either), it’s basically two days of meetings among strangers with translators in between.  How much can really be achieved?

And maybe that’s why the U.S. hasn’t given the LED the credit one would think it is due.  Maybe even DOS realizes that bringing over a delegation of Chinese lawyers and legal experts for a mere two days is likely a waste of taxpayer’s money.

I do think that more open dialogue between the U.S. and China is a good thing.  But there are better ways to increase the lines of communication between the legal communities in the two nations and assist China with improving upon its commitment to a rule of law.  Identifying and inviting reform-minded Chinese lawyers to the United States for a longer period of time – anywhere between three months to a year – is a better use of money.  Through that experience, a Chinese lawyer can see how our legal system functions, see the good and the bad, interact with U.S. lawyers, and determine which aspects if any should be replicated in China.

These types of sustained contact are what can best assist China with implementing a rule of law.  A two-day conference likely cannot.  But unfortunately, we won’t really know because nothing about the LED is publicly available.

One Response to “Why So Secretive? US-China Legal Experts Dialogue”