With the fortieth anniversary of Earth Day this past April, Americans celebrated with vigor and advocated saving the planet.  Well, most Americans did.  As China-observer Marcy Nicks Moody notes, recent breakdown between Democrats and Republicans in the Senate could forestall any hope of the U.S. moving forward on climate change legislation.  And could allow China to remain ahead of the green technology game for a long time. 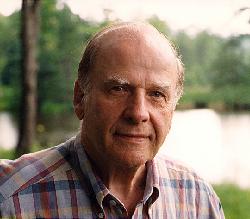 Nelson in 1970 to raise awareness of environment-related issues. Last Sunday, thousands gathered on the National Mall in Washington, DC to participate in the Earth Day Climate Rally with the alleged goals to “stop protecting polluters,” “enact comprehensive climate legislation,” and “demand accountability from Washington.” There were exhortations to grow kitchen gardens along with clamorous chanting of the word ‘green.’ The weather was glorious, and spirits did not seem dampened by the blow dealt to climate legislation by the U.S. Senate just the day before.

Sandwiched between Earth Day and the Earth Day Climate Rally was the day on which another U.S. Senator, Republican Lindsey Graham of South Carolina, announced that he would no longer participate in negotiations on a Senate version of proposed climate legislation. In a letter to colleagues Senators John Kerry (D-MA) and Joseph I. Lieberman (I-CT), Senator Graham cited his disappointment over reports that the Democratic leadership of the Senate was planning to take up discussions of immigration before addressing climate change as a reason for his changed stance.

Senators Graham, Kerry, and Lieberman were the primary architects of this bill-to-be and had been planning to formally announce the bill with the White House last Monday. But any debate on immigration would make it impossible to deal with national energy and climate change policy, the South Carolina Senator said. So he won’t support the draft climate change bill, in spite of the fact that he helped create it. Senator Graham won’t support some legislation because talking about something else would just be too painful or distracting? This seems a bit irrational.

Setting aside speculation over why Senator Graham radically and suddenly changed positions, the simple fact that he did it is disappointing. To be sure, the Senator is not the only culpable party in this turn of events. He is likely under enormous pressure from fellow Republicans to stop negotiating with Democrats. And if reports are true that both the White House and the Democratic Senate leadership had been planning to take up immigration first not because it could pass (the House has not yet discussed the matter) or because it is more urgent (climate change is equally as urgent: the longer we wait to address climate change, the more expensive it will be), but because it could present a useful wedge issue for the Democrats in the coming election cycle, then Senator Graham has every right to be peeved.

But unless Graham’s strategy has the result of getting climate change legislation considered in this session of Congress, it is bad for Americans. The science demonstrating the negative and possibly catastrophic consequences of anthropogenic climate change is overwhelming. That emissions of greenhouse gases (GHGs) must decrease is flagrantly obvious. And that the United States, which prides itself on its innovative strength, global leadership, and remains the largest economy in the world, has still not acted on this evidence is disgraceful.

It is also bad for business. The clean technology market is big and growing, but without the passage of climate change legislation, signals to U.S. businesses as to the future prices of clean versus pollution-intensive energy remain unclear. A recent Pew report on clean energy in the G-20 economies notes that appropriate domestic policies—such as those aimed at reducing GHG emissions or incentivizing the use of renewable energy—have tended to positively affect a country’s competitive position in the clean-tech market. The winners in this race include Brazil, the United Kingdom, Germany, Spain, and—who else?—China. The United States does not make the shortlist of enlightened energy and environment policymakers of the rich world. 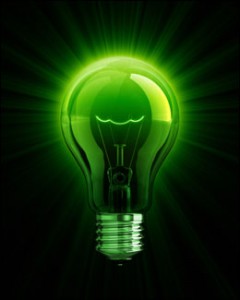 Lights out for the U.S. in the race for green tech?

In fact, the Pew report finds that China has already overtaken the United States on several important measures (including, of course, its dubious distinction of being the largest emitter of greenhouse gasses for the past several years). In 2009, for instance, China overtook the United States for highest financing of and investment in clean energy. And it is likely to overtake the United States in installed renewable energy capacity soon. Though targets are not always met, Beijing has set ambitious targets for wind, biomass, and solar energy usage, and these targets do not exist solely not to be met. They may currently be aspirations, but that’s more than the United States currently has to go on.

Mitigating climate change and making U.S. clean-tech business better is accomplished by limiting greenhouse gas emissions. The best way to limit GHG emissions is to put a price on them. Indeed, the fact markets have not already done so has been described by climate expert Nicholas Stern as “the greatest market failure the world has ever seen.” The climate legislation which has been stalled and stalled and stalled again in the U.S. Senate is generally envisaged as a cap and trade system that would cap GHG emissions at a certain level, create a scheme in which licenses to emit GHGs could be traded, and eventually shrink gross amount of permissible emissions. This amounts to an indirect tax on GHG emissions, and though it is far from ideal, it would create a price for emissions at the margin and therefore makes strides in the right direction.

As the Senate continues to dawdle, the Earth Day Climate Change rally on the National Mall was far from unimportant. Especially in a democracy like the United States, it is important that citizens buy into ‘going green.’ It is important, frankly, that green be cool. But though considerations of how to green one’s lifestyle are admirable, they are not game changers. Coal is still cheap; Whole Foods is expensive, and “going green” remains largely the privilege of the wealthy in society.  Unless we change our laws.  The Senate should get to work. The alternative is to accept an outcome in which a hundred U.S. kitchen gardens bloom while a hundred Chinese companies compete for the top spots in clean-tech. In addition to, well, catastrophic climate change.