The Rio Tinto Trial in China – A Miscalculation about Rule of Law?

Last summer, the billion dollar steel industry watched in rapt attention as China cracked down on one of its own.  On July 5, 2009, Chinese authorities in Shanghai detained four employees of the Australian mining company Rio Tinto, then later sentenced them to prison terms ranging from seven to fourteen years.  Many China watchers and industry insiders considered the sentencing and charges of bribery and commercial espionage to be retaliation for the recent tough iron ore pricing negotiations, and Western media were quick to portray the Rio Tinto incident as a reflection of China’s irreverence toward rule of law and its politicization of the legal system for corporate advantage.   However, in examining the Rio Tinto case, the Chinese prosecutors followed legal procedure more precisely than they do in most ordinary criminal trials in China.  While there may have been some misuse of criminal process for corporate gain, it appears that the Australian government and Rio Tinto itself may have acted as passive accomplices in its politicization.

Rio Tinto is keenly aware of China’s importance in its operations.  In 2009, China’s imports accounted for $10.56 billion, or close to a quarter of Rio Tinto’s overall profits.  With China as one of the few countries still growing during the global finical crisis, it is no wonder that Rio Tinto’s 2009 Annual Report listed “strengthen [its] relationship with China” as a key strategic goal for 2010.

In China, it is neither unusual nor unlawful for suspects to be detained without being officially arrested or charged with a crime.  Article 69 of the Chinese Criminal Procedure Law (CPL) permits authorities to detain a suspect 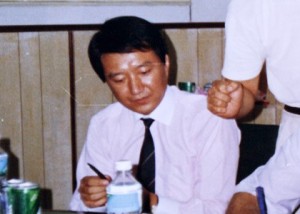 without arrest for up to 30 days in certain instances—one of which is in cases with multiple suspects.  When the four employees were detained by Chinese State Security officials on July 5, 2009, Stern Hu—an Australian citizen—Wang Yong, Ge Mingqiang, and Liu Caikui appeared likely to be charged with stealing state secrets, a grave offense under the Articles 111 and 113 of the Chinese Criminal Law (“CL”) that can carry a life or, even death, sentence if convicted.  State secret trials are particularly nontransparent; the trial is completely closed, with even the defendant’s lawyer excluded.  However, upon their official arrest on August 12, the four Rio Tinto employees were not charged with stealing state secrets; instead all four were charged with the lesser crimes of stealing corporate secrets and commercial bribery, which carry prison terms of three to seven years and five years, respectively.  There is a thin line between stealing state secrets and stealing corporate secrets when the entity involved is a state-owned company, as are most Chinese steel companies.  But, given Stern Hu’s Australian nationality, it was crucial to Sino-Australian relations that China make such a distinction in this case.  On February 10, 2010, a three-judge panel in the Shanghai Number One Intermediate Court agreed to accept the case, and the four employees were officially indicted.

While in custody, the four employees received support from both Rio Tinto and the Australian government.  Sam Walsh, chief executive of Rio Tinto’s iron ore operations, remained confident in his employees’ innocence and repeatedly expressed his concern over the charges.  Australian officials who paid consular visits to Hu, as mandated by the China-Australia Agreement on Consular Relations (the “Consular Agreement”), continued to discuss the case with the press, and the Western media remained actively interested in the case, wondering how the Chinese government was going to execute what was perceived as trumped up charges against Rio Tinto employees. 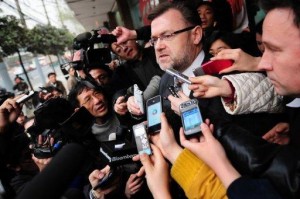 Australian Consul-General Tom Connor (centre) makes a statement to the media outside the Shanghai No. 1 Intermediate People's Court in Shanghai, on March 22, following the first day in the trial of four Rio Tinto employees.

In a surprising turn of events, on March 22, 2010—the opening day of the long-awaited trial–all four Rio Tinto employees pled guilty to accepting bribes totaling $13 million.  In accordance with the Consular Agreement, an Australian consular official was allowed to attend the bribery portion of the trial.   Domestic press was given access to the trial, but with only guilty pleas, there was little to report.  Foreign press was excluded.* After the guilty plea, Rio Tinto and the Australian government, the only two Western entities that have seen the actual evidence that caused the four to plead guilty, stated that there was enough evidence to support the bribery charge.  But this allegedly “clear evidence” has not been made public, making it impossible to evaluate its credibility.

On the second day of the trial, the Court tried all four defendants in a closed-door trial on the charge of stealing commercial secrets.  Even Australian consular officials, who are permitted to attend all trials under the Consular Agreement, were denied entry.  After concluding the trial on March 24, the Court reached its verdict on the following Monday, March 29, 2010.  With Stern Hu’s wife in the courtroom–the first time she had seen her husband since the day he was taken away by authorities–the Court found all four defendants guilty of stealing commercial secrets.  In accordance with Chinese practice, sentences were immediately handed out: Stern Hu received a total of 10 years in prison, and Wang Yong, Ge Mingqiang and Liu Caikou received fourteen, eight and seven years, respectively.  All of the sentences were within the timeframe allowed by the Criminal Law.

The Rio Tinto case makes clear that the Chinese criminal justice system could use improvement, particularly in regards to the public’s access to evaluate the evidence in non-closed trials.  But it is not the grave travesty the Western media portrays it to be.  In many ways, the Rio Tinto employees were given more protection of the criminal law than must ordinary Chinese defendants.  The Rio Tinto employees were all given access to defense counsel; Stern Hu met with his attorneys on ten different occasions before trial. In China, most defendants are unrepresented and the few who retain an attorney usually have no access to that attorney prior to trial.  Additionally, the Rio Tinto commercial secrets trial lasted two days, one day longer than most trials in China, with examination of evidence, including statements from witnesses.  In China, most criminal cases rely solely on a defendant’s confession with little to no other evidence.*

But the Western media has been particularly focused on the closed commercial secrets portion, with some arguing that the closed trial violates Chinese domestic law (see here and here).  Indeed, Article 152 of the CPL states that criminal trials, except for those involving state secrets or personal private matters, are open to the public.  However, the CPL is not the only instructive document.  The Supreme People’s Court (SPC), China’s highest court, issues binding interpretations to clarify the law.  Article 121 of the SPC’s “Interpretation of the CPL” maintains that in cases involving “business secrets,” the court may close the trial if a party requests it.  The Interpretation does not say that “party” is limited to either prosecutor or one of the defendants in the case; presumably any party with an interest in the secret may request the closure.  In this case, Rio Tinto, the Chinese steel companies involved, or the Chinese government, all of whom likely have reasons to keep the public out of the seedy affairs of iron ore pricing, likely requested a closed trial.

However, it is problematic that an Australian consular officer was excluded from the corporate secrets portion of the trial, and equally disturbing that the Australian Foreign Minister would neglect to discuss or criticize the Consular Agreement violations after the verdict.  The Consular Agreement is clear that an Australian consular official is permitted to attend all trials involving Australian citizens in China.  China’s claim that “judicial sovereignty” necessitated the closing of the commercial secrets portion of the trial is specious at best and leaves China open to the Western media’s assertion that the Rio Tinto case was purely political.

Yet, there is also reason to question the roles of Rio Tinto and the Australian government in the politicization of this case.  From the beginning, when the charges were changed from state secrets to commercial secrets, both the Australian government and Rio Tinto likely exerted pressure on the Chinese government, taking advantage of the political nature of the Chinese legal system which the Western media has criticized China for. 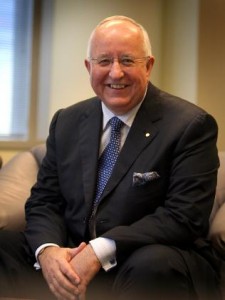 After the four employees were found guilty, Rio Tinto was quick to report that while “clear evidence” showed beyond a doubt that the four employees had accepted bribes, all bribe-taking was conducted outside of Rio Tinto.  It seems difficult to believe that a $13 million bribery scheme, presumably resulting in cheaper prices for iron ore for Chinese steel makers or more iron ore sold to a preferred Chinese steel maker, would leave not a single trace of evidence on Rio Tinto’s systems – not a single email or a price discrepancy or any evidence that more iron ore was being sold to one steel company, nothing. Also, as others have pointed out, with regard to the charge of stealing commercial secrets, one must wonder, who was the ultimate beneficiary of the theft?   Although evidence in the commercial secrets theft is not public, during sentencing the Court stated that the Rio Tinto employees obtained secret information about the China Iron and Steel Association’s “next price for upcoming iron ore negotiations.”  In other words, the limit one can charge the Chinese steel industry for iron ore.  This is information that Rio Tinto the company would want but would be less valuable to individual employees such as Stern Hu.

There are other legal tools to use to find out this information, but it appears that the Australian government has chosen not to use them.  Under Australian law, bribery of foreign officials by an Australian company and its employees is illegal and can be prosecuted in an Australian court, even if the bribery happened abroad.  Here, the Rio Tinto employees were convicted of stealing commercial secrets.  While one could steal commercial secrets by burglarizing someone’s office or hacking into their computer, it is most likely that the Rio Tinto employees obtained the secrets from someone on the inside of China’s state-owned steel industry.  It is most likely the Rio Tinto employees paid for this type of information, which is not easily attainable or free.  Such an act would be in violation of Australia’s criminal law prohibiting bribery of foreign officials and could subject Rio Tinto to large monetary penalties.  But the Australian government has made no overtures of either investigation or prosecution of other Rio Tinto employees or Rio Tinto itself.

China’s legal system is far from perfect; greater transparency could result in a more reliable legal system, less vulnerable to censure.  In this case, allowing the public to see the evidence relating to the bribery charges and giving some sort of an explanation for closing the commercial secrets portion of the trial could have been useful.  But, ultimately, the Rio Tinto case is not the poster child for China’s retreat from rule of law or for the danger of foreign companies doing business in China.  Instead, this case makes clear that the oft quoted adage by lawyers that “bad facts make bad law” is equally as apt to the press: “bad facts make bad journalism.”

* Corrections were made to the original article to better reflect the facts (see here).  The author still stands behind the views expressed in this article.

One Response to “The Rio Tinto Trial in China – A Miscalculation about Rule of Law?”